Samsung has laid out its clear plans to make the next generation of its flagship phones, the Galaxy S23, and the company plans to abandon options for its own Exynos processors for the first time in years.

For years, Samsung has offered in every new generation of the flagship Galaxy S series phones, models with its exclusive Exynos processor, which it develops itself, but over the years the popularity of those processors has declined after they declined in performance compared to competitors, specifically the same phones with a Snapdragon processor.

According to a report published by GSMArena based on Qualcomm’s Akash Balhyawala talk, the latter company will have a major expansion next year with the launch of Samsung’s flagship Galaxy S23 phone. 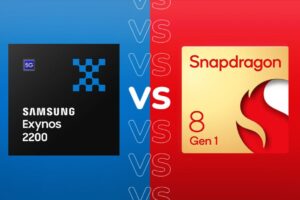 In his speech, Palhyawala hinted that all the options that Samsung offers in the same family, the basic phone and the Plus version, as well as the new Ultra that replaces the Galaxy Note, will all require a larger number of the latest second generation Snapdragon 8 processor from the company.

The official wanted Qualcomm to get more investors to pour money into the company, during his speech accompanying the announcement of the company’s fourth fiscal quarter earnings, but he may have revealed Samsung’s secret plans to launch the Galaxy S23.

It is worth noting that Samsung has faced criticism over the past years for imposing copies of its Galaxy S phones with Exynos processors in the European market and others, especially since those processors offer lower performance and significantly higher power consumption than those that work with a Qualcomm processor.

Last year, with the launch of the Galaxy S22, Samsung reduced the markets in which phones with the Exyos processor are launched, including the Arab countries, which reflects the fact that the company has surrendered to the fact that the popularity of its own processors has declined.