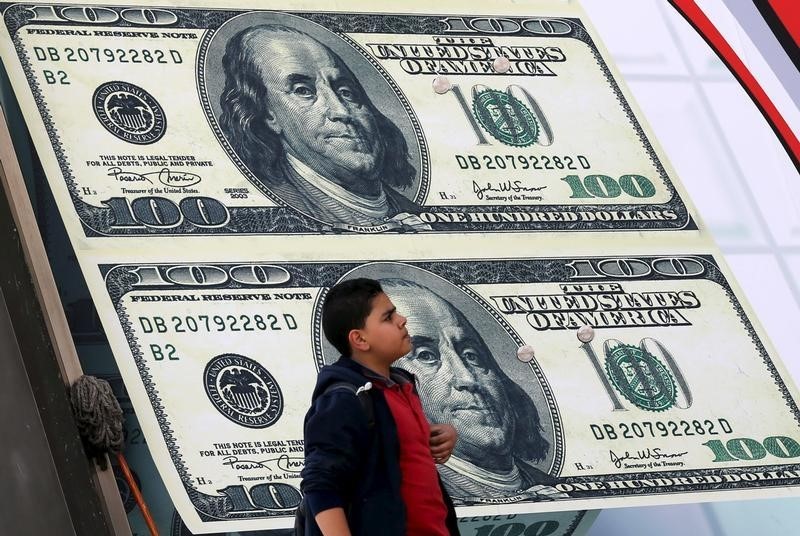 Investing.com – An hour before the central bank meeting, a number of Egyptian banks decided to raise the commission rate on dollar cash withdrawals outside Egypt.

This comes hours after the decision to reduce withdrawals from exchange machines outside Egypt, where a number of banks announced the amendment of cash withdrawal limits in foreign currencies on all cards.

Banque Misr and Al-Ahly Bank raised the commission rate on dollar cash withdrawals and purchases outside Egypt to 10% instead of 3%.

According to the data, the commission is deducted from the total value of cash withdrawals and purchases outside Egypt using direct debit cards (linked to the customer’s account), and credit known as credit cards (purchases).

The aim of the decision

The measure aims to tighten restrictions on the use of foreign currency outside Egypt, at a time when banks are facing difficulties in obtaining dollars.

Banks allow their customers to use their bank cards denominated in Egyptian pounds of various types outside Egypt for purchases or cash withdrawals in the currency of the country in which the customer is located through a global Swift system that allows exchanging any card currency for the currency in which the customer is in exchange for deducting a commission to provide the service.

The increase in commission is due to misuse by some clients by withdrawing cash in foreign currencies outside Egypt and reselling them on the black market. Some clients are also working to carry out purchases outside Egypt with the aim of trading in clothes and not for personal use.

Market experts expected the Central Bank of Egypt to raise the interest rate on overnight deposits by 200 basis points today, Thursday, as part of its attempts to curb soaring inflation after the sharp decline in the value of the local currency.

The average forecast indicated that the Central Bank of Egypt would raise interest rates on deposits to 15.25% and raise the lending interest to 16.25% at the periodic meeting of the Monetary Policy Committee, and the Central Bank raised interest rates by 200 basis points in a surprise meeting held on October 27. The local currency is 14.5%.

Egypt’s headline inflation rate jumped to a five-year high of 18.7% in November, up from 16.2% in October, and the central bank said after last October’s meeting that prices would continue to exceed the inflation target range of 5-9% during the fourth quarter.